How to Protect State and Local Governments from Ransomware Attacks

Government agencies at state and local levels can obtain services from a technology facility that has the capability of overcoming challenges and meet budget considerations. Look for technology providers that have experience working with government agencies. It pays off to work with one of the best names from the private sector that understands what the government needs and the responsibility the government has to valuable clients, the taxpayers.

They can implement systems effectively and conservatively from start to finish and continue to keep updated systems to eliminate future ransomware demands.

Government agencies engage with an enormous amount of necessitated information sharing, collaboration, and more. With the continued change in our form of communication comes increased risk of security breaches and the means to accomplish attacks.

The pressure is on city and government officials across the country to take a defensive stance against ransomware attacks.

With ransomware attacks and agency may lose control of their systems/equipment affecting things such as filing, emailing, telephone and other systems. Frequently this is accompanied by a specific sum of money, typically in bitcoin form. They choose bitcoin due to their elusiveness and difficulty to trace.

In a matter of weeks, several cities in Florida suffered monetary damages up to $1.1 million. Often to decrypt the data and regain control of agency systems, a key is required that only the hacker possess. In 2019 alone, Florida suffered ransomware attacks in more than 20 cities.

After a ransomware attack, one city granted permission to an insurance provider to make payment of 42 bitcoins, an equivalent of $490,000, in an attempt to get control back over their communication systems. The IT director was later let go of by the city due to loss of control over the situation.

Another city experienced 180,000 malware attack attempts in 2018 without success. The counties IT director and his department tracked these attempts and successfully deflected them.

In a different county under attack in 2017—that also carried insurance—they were able to get out of it without loss of sensitive information, and without paying off their attacker.

Atlanta was brought to its knees from a ransomware attack that lasted for weeks affecting approximately 6 million people. Due to outdated systems, it cost Atlanta roughly $2.7 million. It is common for large organizations of this scale to be caught off guard. Because of their size, it is difficult to know what systems have not been updated and maintained.

San Francisco fell prey to a ransomware attack on their railway system. Passengers were able to ride for free until the railway regained control over their network. Dallas was under attack where their alarm system was compromised, resulting in false tornado alarms during the night panicking citizens with approximately 4,000 911 calls. Sacramento experienced a ransomware attack on their regional transit system affecting deletion of 30 million files. Also take into consideration the attacks on utilities, such as water plants, power grids, and airports much like on the film, “Die Hard.”

Ransomware is becoming more lucrative today and increasing in frequency. City officials and government agencies, anywhere from small towns to large municipalities, are recognizing the crucial necessity of having a technical service provider.

Blue Technologies has solutions specifically designed for government agencies. Government agencies can find peace of mind with BlueProtect with 24/7 remote monitoring and proactive security measures with cost-effectiveness in mind.

Enjoy the protection of disaster recovery solutions, including data backups so that no matter what happens, government data will be secure and kept out of the wrong hands without fail.

Government agencies can count on respected leaders from the private sector, like Blue Technologies for the most powerful security solutions.

Get Blue Technologies on the phone and ask about their specially designed defense solutions for ransomware.

Blue Technologies is an award-winning office technology solutions provider. Since 1995, we have offered office hardware, managed print services, document management, and IT solutions to businesses throughout the state of Ohio, becoming the region’s most reputable office technology provider in the process. 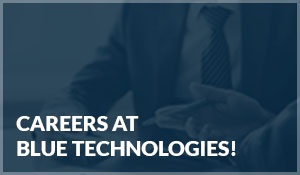